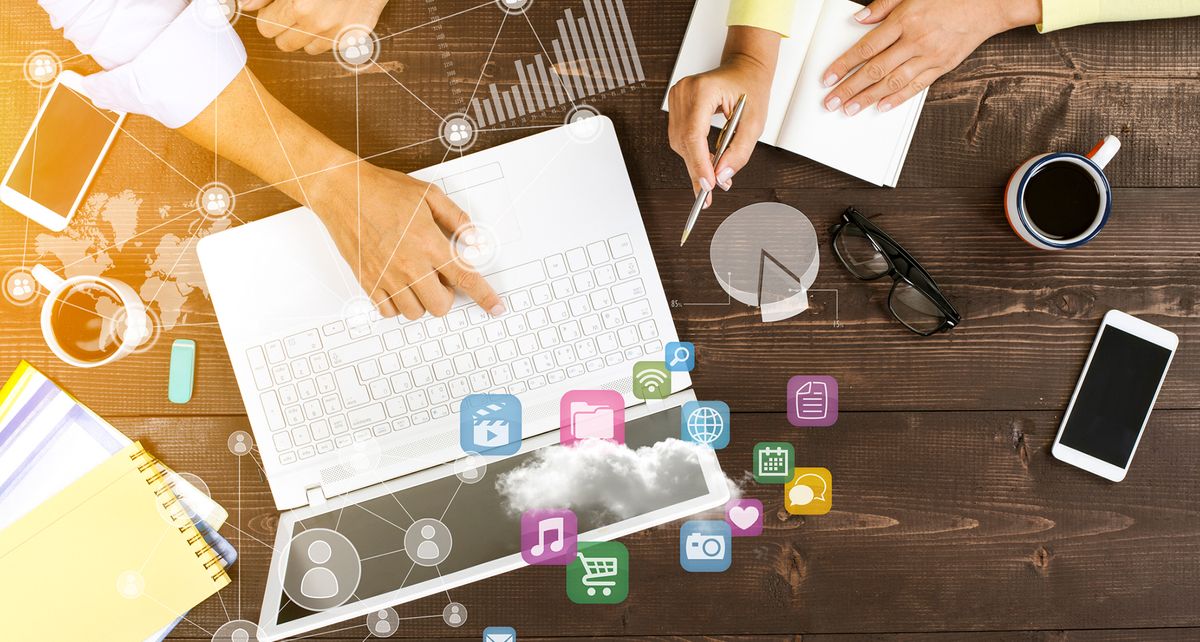 Jane is the Executive Director of a mid-size association. She's got a meeting scheduled today with another ED while her legislative team is at the Capital. The rest of the staff is working overtime to prepare for a conference.

Jane is already running late. Her early morning strategy session went way too long. She and the staff spent about forty minutes arguing about which version of the agenda was correct.

Plainly exasperated, Jane asks, "Why are there so many copies of the same file?" The consensus from her staff? "That's how we have to share a file with a lot of people. Everybody gets a copy."

Jane's tempted to argue that there's got to be a better way. But she's in a rush. Plus, she knows that with the organization's current IT set up, there really isn't one. So, she rolls her eyes in frustration and heads for the door.

After dodging traffic, Jane arrives at her meeting location. Late, of course. As she steps out of her car, her phone beeps. Then it beeps again. And again and again. It's a phone meltdown. A legislative team group message that goes on and on.

“Trent can’t find the flash drive! That had some REALLY sensitive stuff! What are we gonna do?”

“Jane—I know you’ve got your meeting, but call us ASAP. We’re dead in the water.”

It goes on like this for a while. No VPN to access documents on the server. No backup flash drive. Just some hard copies but not enough to go around. But what can Jane do? She’s an expert in membership organizations, not computer science.

Jane grabs her fifth cup of coffee today and sits down with her friend, John. She pulls out her computer to show him her idea about how their associations can coordinate on an issue. There’s a lot of data to go through.

She turns on the computer. After an eternity it boots up. For about ten seconds. Then the screen goes black.

The battery is dead. No way to show John the info.

“Do you have a thumb drive? We can use my computer,” John offers.

Jane pulls the thumb drive out of her bag and quickly plugs it into John’s computer, only to encounter yet another problem. This version of her document is outdated.

Jane begins to think about the bottle of wine waiting for her when she gets home tonight.

But for now, she soldiers on, explaining most of what she can remember. But there are details that could have made this whole thing a lot more effective. Details that were articulated so well in the document she can’t get to.

Finally, the meeting is done. Jane goes back to the office to try to send the five members of her her legislative team an email with the document they need attached.

Not so fast. The file is too big. She has to make four smaller documents and send each one of those. It was bad enough that Jane was going to email five copies of an important document. Now she's emailing twenty pieces of it. It's a recipe for total confusion. But she doesn’t exactly have a choice, does she? IT has failed Jane and failed her hard.

Jane, who is now officially having one of those days, is beginning to think wine may not do the trick tonight.

There are a number of factors that conspired to ruin Jane's day. Any one of them would be a real pain. All of them in conjunction? A total disaster. A disaster that happens far too often to crazy-busy and IT-challenged associations.

What went wrong? And, more importantly, what can Jane do to avoid a repeat of a terrible, no good, rotten, very bad day? Read on for just a few reasons and possible alternatives.

#1 - Jane relied on a VPN and VPNs are terrible

VPNs are fraught with opportunities for something to go wrong with them. And things go wrong with them a lot. There are any number of reasons Jane’s legislative team couldn’t connect to their server. Maybe the VPN was configured incorrectly. Maybe the ports were blocked at the Capital. For security reasons, VPNs are often disabled. They are slowly dying out, but too many still rely way too heavily on VPNs for access to critical information.

By switching to a Cloud-based storage system, Jane can access her data as though she were going to any other website—so long as there is an internet connection and Jane remember’s her password, she can get to what she needs. No matter where she is. On any device.

#2 - Jane looked to a flash drive to save the day

Flash drives are not secure. No two ways about it. They present a huge risk. Flash drives can be lost. They can be stolen. And they can die for a bewildering number of reasons. Or seemingly for no reason at all. I see a way too people put a way too much faith into cheap devices they probably bought at Walgreens.

With a Cloud-based storage system, there would be no real need for dangerous flash drives. Jane can keep her sensitive information safe and still accessible by storing it with a well-regarded Cloud provider.

“Which version of the file is correct?” This is probably the second-most-asked question in the American workplace behind “working hard or hardly working?” The discrepancy between file versions in our offices originates from any number of causes. Sometimes, someone emails the file as an attachment to five people who all save their attachments to their computers. And then they all make edits. Sometimes, it’s because the same file exists in three different places (maybe two folders in the server, and one on someone’s computer), so no one is quite sure which is the real version.

We have a mantra at The IT Guys; "There's only one copy of the truth." The Cloud would allow Jane’s organization to live that concept and as a result have better control over their information flow. Cloud-hosted documents have clear time stamps of when they were edited, and by whom. Furthermore, any change to a document is immediately applied, so that everyone can see the change - in real time. No more arguing about which version is “real.”

Dead batteries are the bane of many association executives’ existences. No matter how you might plan ahead, it seems batteries will die at the most inopportune moment possible. And what then?

Major Cloud service provider have apps for mobile devices, or web-based apps. If Jane had kept her information in the cloud, she could have accessed it via her smart phone, or even using John’s computer. With cloud-based information, accessing needed documents isn't dependent on a single device. And a dead laptop battery would be the least of Jane's concerns.

In most small organizations, transferring information to the Moon is probably easier than to the office next door. Almost everyone has dealt with the problem Jane faced when she couldn’t email the attachment because it was too large. And why are we emailing files in the first place? This practice is the major factor in the proliferation of file copies throughout offices everywhere.

If Jane wants to share a document with anyone through the Cloud, she can just invite them to the document or send them a link to it. The size of the file really doesn’t matter then, allowing an easier transfer of knowledge.

Don't be Jane. There is an answer!

Its worth noting that even though Jane is clearly a fictitious character, everything we just read about has happened to association professionals that I know. All the proposed alternative solutions have worked in the field. So don’t worry about this just being theoretical.

Accessibility is one of the least talked-about yet most important aspects of the modern office. If any of these issues sound familiar, it may be time to start considering embracing The Cloud.