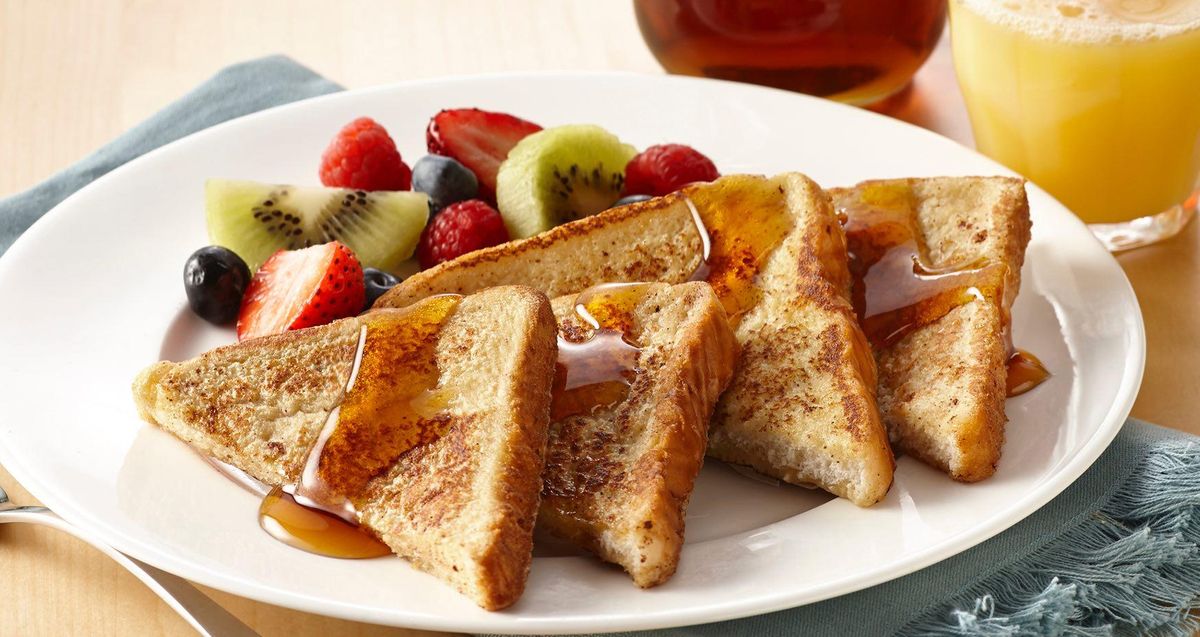 I once read about a guy who paid hundreds of dollars for a slice of French toast on eBay. He bought it, he said, because he said he could see the face of Jesus in it. My mind was officially blown. Jesus, or more specifically, the face of Jesus in an old, and no doubt moldy, slice of French toast. And the dude blows hundreds of bucks on it. Why? Because he could see Jesus.

A disclaimer; I’m a Christian, so Jesus is a big deal to me. I’m also slightly overweight. I say that to say this; I’ve eaten a lot of French toast in my days. And in all that time, through all that French toast, I’ve yet to see Jesus in any slice. If it were possible, you’d think it would have happened to me. But no. Nothing. I did see Richard Nixon in a pizza once though.

What do my Nixonian pizza and eBay dude’s vision of Jesus in grilled, egg-soaked French bread have in common? They’re both products of our perceptions. And perceptions can be mighty tricky things.

In business, especially in a nonprofit business, erroneous perceptions can be downright deadly.

To illustrate the power of perception, stop reading and watch the video below. Go ahead. I’ll wait.

When I first saw the video, and the T-Rex followed me with its eyes, turning its head as it did, I was blown away. It’s a paper cutout! It can’t turn its head! How did that work?

It worked because my eyes perceived a reality different from real reality. And there goes those pesky perceptions again.

If you’re involved with a nonprofit or association, you run the risk of laboring under one of the most dangerous perceptions, or more accurately misconceptions; that your nonprofit isn’t a “real business”.

Let’s set the record straight. Your nonprofit (or association) is a real business. How do I know?

And don’t succumb to Nonprofit Martyr Syndrome (NMS). What is NMS? It’s a terrible disorder. So terrible it should have its own Sarah McLachlan commercial to raise awareness. Those afflicted tend to be sloppy in running a nonprofit because it’s somehow second-rate compared to a “real business”. NMS sufferers are content with being undisciplined and tolerating mediocracy. Why? Because to an NMS victim, their nonprofit isn’t a real business anyway so these misperception-based beliefs are acceptable or worse, inevitable. It’s the best they can do. After all, it’s not like they’re a real business or anything.

Another common symptom of NMS is the perception that managing your nonprofit by employing sound “business strategies” somehow implies you’ve become “The Man”. That you’re less than totally committed to your cause. Guess what? Nobility and success are not mutually exclusive.

News flash – we’re not in the sixties anymore and there are worse things in life than being successful. Like being a well-meaning failure for example. So, the first step to leading a thriving nonprofit is getting your perceptual poop in a pile.

The sooner the perception of your nonprofit as anything but a real business gets in line with reality (the real one), the sooner you’ll be on your way to leading a thriving nonprofit business. One that is successful, rewarding to work for and fulfills its mission. Whatever it might be.

Okay … Time to cut it short. I can’t miss this; there’s a guy on eBay selling a shower curtain with a mildew stain that looks … Just ... Like ... Mussolini.