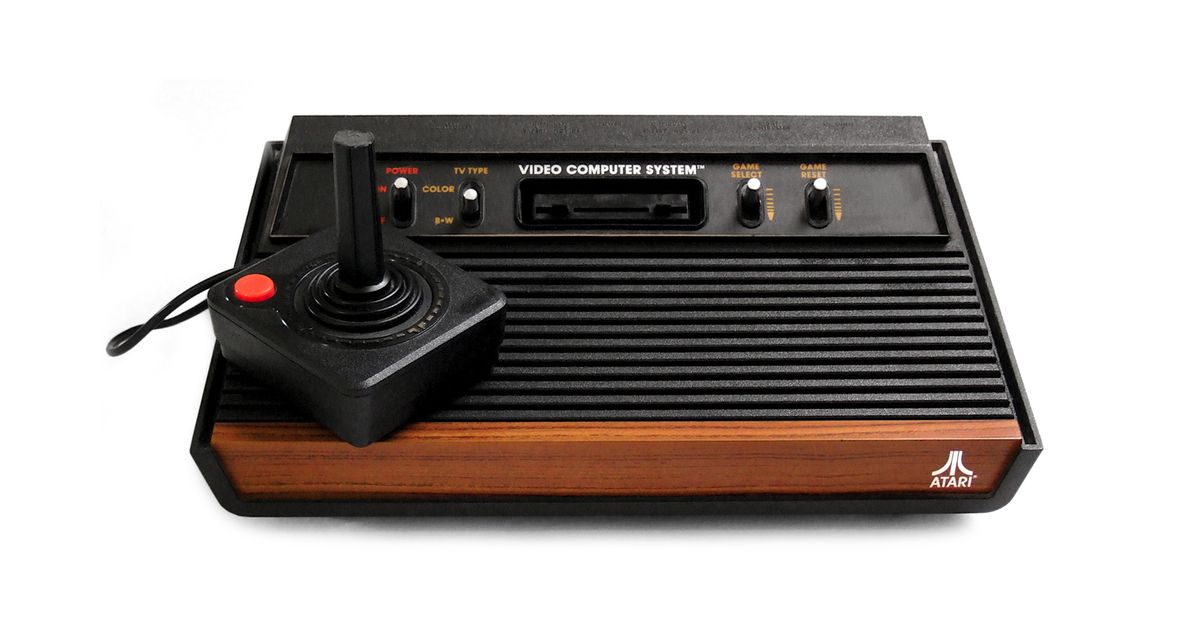 Once upon a time there was a company named Atari.

Atari? Ring any bells? Anybody? Okay, maybe you’re not old enough to remember Atari. Or maybe, like me, you do remember, but you haven’t given the company a second thought for a long time. Or even a first thought. After all, like the dinosaurs, Atari had its day and then, like the dinosaurs, it was gone. History. The world moved on.

Continuing the dinosaur metaphor (humor me), die-hard nerds recently began digging up the remains of this once gigantically successful company. And I mean “digging up” in the most literal way possible. Really digging up stuff. Stuff that had really been buried. Buried way deep. In the desert. For a long time.

At this point, there’s a very good chance you’re thinking, “What has this got to do with anything?” Stick with me.

So, what got me to thinking about Atari after so long anyway? A Netflix documentary, Atari: Game Over. It’s really pretty good; a behind the scenes look at the insane world of early video game development and also a cautionary tale. Watch it if you get a chance.

To relate this story to your nonprofit or small business today, let’s look at the dinosaurs (yes, again).

According to scientists, dinosaurs ruled the Earth for about one-hundred and thirty-five million years. I’m sure that had dinosaurs been equipped with brains larger than a grape, they would probably have felt pretty secure with their place in the natural order of things. After all, a one-hundred and thirty-five million year run would give anyone confidence in a future that looked so bright they'd have to wear shades.

Nope. One day, they were gone.

Stop. Don’t write emails. I know it wasn’t really just one day. I’m being all literary up in here. Metaphors. Similes. That sort of thing.

The point is, dinosaurs were big. They were bad. They were around for a long time. And there was every reason to believe they would always be around. Now we’re digging up their bones.

Well, Atari was big. It was bad. The company invented the home video game market. Its Atari 2600 game console ruled that market like a T-Rex. And then one day, Atari was gone. And now we’re (literally) digging up its remains.

Conventional wisdom says Atari was brought down because it produced the worst video game ever; E.T. The Extra-Terrestrial. Yes, that E.T. The movie is one of Steven Spielberg’s most successful films. At the time of its release, it dominated the box office. And it still sells DVDs today.

Some industry observers will say that to hang the demise of Atari solely on the E.T. game is a bit of a stretch. Maybe they’re right. But there’s no doubt that E.T. The Extra-Terrestrial pushed the company over the financial cliff.

How’d did it come to that? After all, here’s a video game that was:

What could possibly go wrong? Apparently, if you play your cards right, the answer is; “a lot”.

For one thing, the game’s developer (who, to his credit, had previously created some really great games for Atari) was given only five weeks to write the game; it had to be completed in time for the Christmas season that year. If not, it was game over (no pun intended). Five weeks, from start to finish. Now, I’ll grant you, video games back then were pretty primitive compared to the games of today, But five weeks? Come on guys. What did Atari execs expect to get in that time?

No matter what they expected, what they got was a turd. But Atari execs were blinded by greed and full of hubris. They were sure they couldn’t fail. Christmas bonuses that year were going to be amazing! And at first, it seemed Atari management might be have been right; on its release, the game sold well. Really well. But soon, the extent of its mind-numbing turd-ness began to be known; the game sucked. I mean it really sucked. Bad.

Desperate to boost sagging sales, anxious retailers repeatedly reduced the game’s price. It dropped like a rock from $49.95 to an eventual low of less than a dollar. Even then, E.T. didn’t sell.

And that’s when things really got ugly.

Game cartridges began to be returned. Slowly at first. And then by the thousands. Then tens of thousands. And then … well, no one knows exactly how many cartridges came back to Atari. Speculation runs in the millions. But it was clear that the company was being engulfed by a tsunami of failure on a scale never before seen.

One-hundred million dollars. It’s mind-blowing. If the sinking of the Titanic hadn’t happened, James Cameron would have made a movie about this disaster.

So many game cartridges were returned or remained unsold, the company couldn’t decide what to do with them all. Until, that is, someone had an idea. History doesn’t record who it was, but it was an idea worthy of a Wharton School of Business case study; “Hey, what if we dig a really deep hole in the desert somewhere and bury them?”

And that’s exactly what they did.

Despite (literally) burying its failure, Atari wouldn’t survive; it crashed and crashed hard. The entire industry was rocked to the core. Oh, the company still exists. Sort of. Today it’s really just a name that’s been sold and re-sold to buyers hoping to cash in on its recognition and hopefully return the company to its glory-days stature. Not happening. Atari isn’t even a wisp of a shadow of its former self now.

Over the next thirty years, an urban legend took root and grew; thousands of E.T. The Extraterrestrial game cartridges were buried in a landfill outside of Alamogordo, New Mexico. Home of the atom bomb and a lot of UFO sightings. We’re all famous for something, I guess.

As the legend grew, a cottage industry sprang up around it. Amateur archaeologists from across the country turned the city dump into a latter-day Pompeii, digging for artifacts of a disaster akin to the eruption of Mt. Vesuvius. 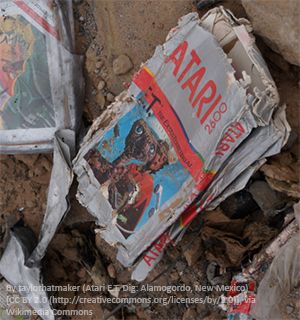 Did they find anything? You bet they did; Atari game cartridges. Lots of game cartridges. In 2014, thousands of them were unearthed. Even Atari couldn’t bury a failure this big, this brobdingnagian and just walk away, whistling a care-free tune. No way. The self-correcting nature of the universe wouldn’t let that happen.

Executives who thought (hoped) they’d outlived the E.T. video game debacle, had it shoved in their face one more time. I can’t help but imagine more than one of them sighing, “Man we really screwed the pooch with that one”.

So what’s our take-away from the Atari E.T. debacle? What does their failure thirty years ago teach us today?

Over the years, the Atari story has been analyzed, dissected and turned inside out. Conclusions have been drawn by people way smarter than me. So this is just my own, personal, list.

And that, as they say, is that. The Atari story and my lessons learned from it. Thanks for hanging with me through this trip down memory lane.

And now, I’m going to dig out that old Atari 2600. I feel like a good game of Space Invaders.

p.s. If you think you have the stomach for it, you can watch a short gameplay video below. It’s horrible. Really. You’ve been warned.