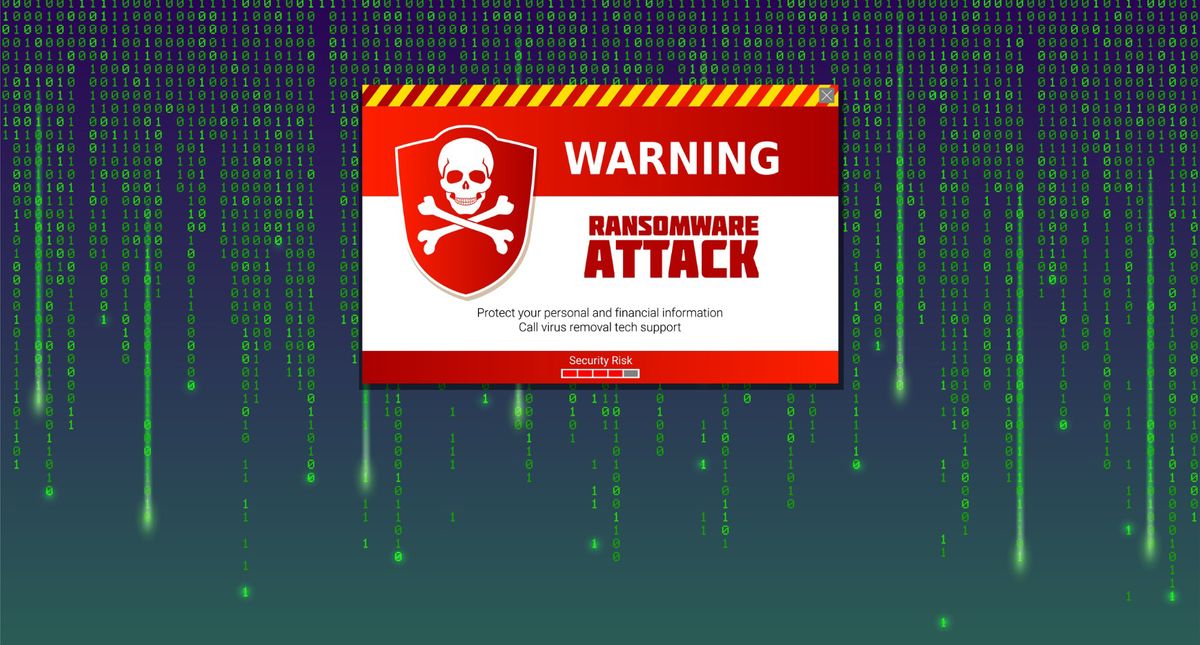 Here’s a chilling fact: a friend-of-a-friend’s mistake can bring all work in your office to a grinding halt.

Let me tell you a little story about Dave, a young nonprofit executive working in a small office.

One afternoon, following yet another morning-long with his board, Dave sits down at his computer and sees this image splashed across his screen. 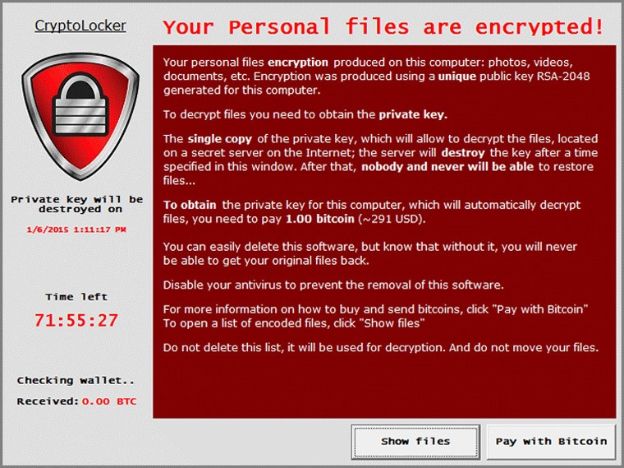 How did this happen?

So how did this happen to Dave if he was in a meeting before his computer got infected?

Actually, Dave doesn’t know it yet, but everyone in his office is getting hit by the same ransomware attack. Because someone clicked a link.

Dave’s Director of Events, Linda, got an email from her counterpart at a different nonprofit, who she regularly talks with, sharing ideas and advice with one another. Today, Linda got an email that read, “Hey, check this out—AMAZING” followed by a link. It wasn’t quite like Linda’s friend to send such a vague message, but maybe there was a surprise in store. Linda clicked on the link, which took her to a blank page. Little did she know, that by clicking the link she was downloading a ransomware virus. One of the ugliest kinds—a worm.

These are some of the most sinister programs out there; they don’t just attack your computer. They seek access to your whole organization’s network, looking for weaknesses, and attacking every device it can. These attacks can bring an entire office to a screeching, expensive halt.

Linda’s friend was pirating a movie. She downloaded the film from a peer-to-peer sharing site, not realizing a hidden program would gain access to her email system, find her contact list, and send a message containing a link to the worm.

Linda’s friend made a mistake—now Dave’s office has come to a screeching halt.

But if Dave didn’t do anything wrong, how could he have avoided being hit because a coworker’s friend did something wrong? Is he supposed to control every person’s actions, everywhere, all the time?

You see, Dave may not have done anything wrong, but he definitely didn’t do a number of correct things. I know that sounds like victim blaming…because it kind of is. In this case, and many cyber crime cases, people are hurt because they don’t take action until there is a problem. Proactivity is the name of the cyber-security game.

Okay, first off, Macs DO get viruses. There was a time when it was true; Macs were safe. But today, Macs are vulnerable to viruses. In fact, Mac users—because of the ‘no viruses’ myth—often have worse cyber-safety habits, forgoing antiviruses and lacking the caution that most PC users have developed through years of cyber-attacks.

Dave should have had a robust anti-virus, not just for his computer, but for everyone’s computer in his office. Not a free antivirus—never a free antivirus. No, he needed something proven and substantial like, Webroot, ESET, or Kaspersky. Want to know why anti-virus companies can afford to give away a free version of their product? Because the free version is generally ineffectual and terrible. They’ve got more holes than Swiss cheese.

Next up, Dave should have trained his staff better. “Hey check this out—amazing!” is a super suspicious email. If Linda didn’t know better, that falls on the leadership of the organization. Most cyber-crimes rely less on advanced technology, and more on user ignorance. If your staff doesn’t know what to look for, you’re just relying on luck to avoid from falling victim to a trap.

Lastly, if Dave’s nonprofit had been using a Cloud provider to host their data, this attack wouldn’t have been the crippling problem he’s now facing. You see, when ransomware hits, there’s generally only one thing you can do; wipe your hard drive and reload your computer. Paying the ransom isn’t guaranteed to work, often leaves a backdoor the criminals exploit later, and rewards criminal behavior—please do not pay the ransom. If you try to remove the virus, it will likely just get worse by deleting the encrypted data.

So, you’re left needing to reload your computer. If you have backups, that’s not a huge problem. If you don’t….you’re in huge trouble.

If you work with your data in The Cloud, recovering from a ransomware attack is prrety easy process. You see ransomware works at the local level. 99% of it won’t or can’t go after Cloud-based servers. Meaning that if your computer is hit by ransomware, your data is still fine. So reloading your computer doesn’t mean having to go back through what backups you have to reconfigure your working universe. It means logging back into your Cloud provider’s portal and getting back to work.

And I mean using a real Cloud application like Microsoft’s OneDrive—not your IT service providers’s data center services. Large, legitimate cloud providers from Microsoft to Amazon Web Services have billions of dollars to spend on securing your data. Your friendly neighborhood IT company doesn’t.

Dave’s had a bad day. No denying it. But Dave’s day was avoidable. With a robust antivirus, training, and Cloud-based storage, Dave’s day could have been smooth sailing.